The major parties, business groups, and elements of the media have convinced the electorate that majority government is vital. In 2006 Labor won 14 seats by playing the line that only they could win majority government. This year, the Liberal Party has won 13 (possibly 14) seats, by selling the same message.

Of course, the communication of issues and policies has an effect, and the advertising spend has an effect, but the perceived capacity to win a majority has become a major factor. Labor’s chickens came home to roost this year with their 2006 line being used against them, and I have no doubt that it will swing the other way again in future.

This fear of minority government must change if elections are to be fought on issues alone. Otherwise Tasmania will continue to swing between parties “taking their turn” governing rather than as a reflection of support for their policies. We must stop taking complaints about this constitutional feature at face value and consider the motives of those who do. Poor craftspeople blame their tools.

There’s another parallel with 2006. Greens leader Peg Putt was booed on election night when she deplored that, “forces were at work behind the scenes, trying to covertly influence the outcome.” Ms Putt was portrayed as a sore loser, later adding that she didn’t regret her comments because:

[…] it was important that in front of the nation I named what had gone on during this campaign, because it is becoming a feature of elections around Australia that we do have these shadowy groups who are throwing vast resources into trying to influence election campaigns, and that in Tasmania we don’t have the disclosure laws that allow those people and the amounts of money to be identified.

With renewed calls this month for changes to disclosure laws amid accusations of special interests ‘buying the election’, those who have come around to Ms Putt’s thinking owe her an apology.

Many amazing tracks have been missed, as always. My favourite songs are the ones I can listen to over and over again. 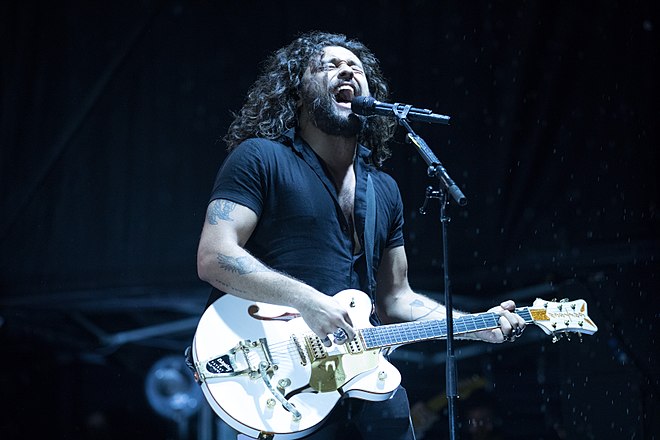 An honourable mention to Big Black Delta – Huggin & Kissin, which is my new favourite after hearing it on The Sinner, but was released in 2013.

Let’s get rid of video umpires by changing the definition of a goal.

Today’s high-definition slo-mo replays put umpires under significant pressure to make the correct call. In earlier times, players and barrackers might get upset about a perceived bad call but had no proof to point to, and having a tough decision go against you was acknowledged as the luck of the game.

Now that proof is readily available for any incorrect call, the AFL has responded by introducing video umpiring for some decisions. This takes some of the pressure off umpires, but it introduces unsatisfying delays and still doesn’t provide certainty.

One solution would be for everyone to change their philosophy – to come to grips with the idea that what an umpire sees is all that counts. That if a goal umpire determines the ball had touched the post (but the video shows it didn’t) we shrug and put the blame on the player for not kicking more accurately, for not doing enough for the umpire to be satisfied.

Of course, that will never happen. We’ve always blamed the umpires and we always will. The simplest palatable solution, then, is to remove some of the difficult decisions entirely.

“I think it was a goal but I want to check it didn’t brush the post.”

So what if it did brush the post? Did it go through the goalposts? That’s enough for me, give them six points and go back to the centre.

If the ball hits the post and bounces back into play things get a bit trickier. We could play on, as was trialled in pre-season games, but the smallest change would be to award a behind in those cases only.

“I think it was a goal but I want to see if it was touched.”

Do we really need to deny someone a goal if their opponent brushed the tip of their pinky finger against it? Why do we reward defenders who couldn’t stop the ball from going through? If the primary driving force behind the goal was an attackers foot, and there was no non-foot assistance from a teammate (headers or hands-of-God), let’s call it a goal.

Similarly, why does it matter if a kick was touched off the boot when awarding a mark? The defender didn’t smother it enough to prevent it going the required fifteen metres. Let’s get rid of the touched-off-the-boot restriction.

I won’t have considered all the ramifications of my suggestions, and I’m not wedded to them. It also wouldn’t solve line-ball problems – that’d remain the issue it is in so many other sports, and only billions of dollars or my suggestion for a philosophy change can fix that.

The idea I want to promote is that it’s better to remove or simplify the existing laws to achieve an objective than to add more technology and processes to do the same. My suggestions may raise the hackles of traditionalists, but Aussie rules is already a very different sport to the one they watched and played as kids. Is a slight change to the definition of a goal as bad as requiring video validation for every scoring decision?